Small Businesses Love Tax Reform and are Bullish on the Economy

Small businesses are pumped about the economy.

The Q1 Metlife & U.S. Chamber of Commerce Small Business Index shows a surge in confidence, moving up more than three points to 66.3.

It’s the biggest jump in the Index since it was launched in 2017. 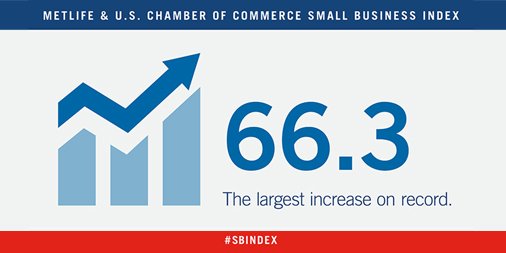 A lot of this increased economic confidence could be due to last December’s tax reform, which small businesses love:

The Tax Cuts and Jobs Act cut taxes on businesses of all sizes and forms to spur investment, innovation, and boost economic growth and wages.

“The 20% discount on taxation of S-corp pass-through income will allow us to keep more money in the business, which will then in turn allow us to invest in more machinery and warehouses,” Doug Renfro President of Renfro Foods in Fort Worth, TX, told Above the Fold. “Ultimately, also, the ability to have increased profits will allow us to continue to provide outstanding benefits for our employees and their families, despite ever-rising health insurance costs.” 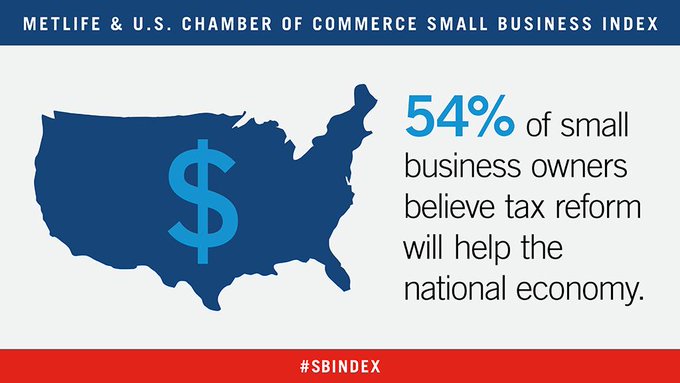 “The optimism of our nation’s small businesses illustrates how much of a home run passing pro-growth tax reform has already been for U.S. workers, job creators, and the economy,” said Neil Bradley, U.S. Chamber executive vice president and chief policy officer. “National policies like regulatory relief and tax reform are giving small businesses new hope and a greater ability to invest in their business and workers, which translates into positive growth at the community and national level.”